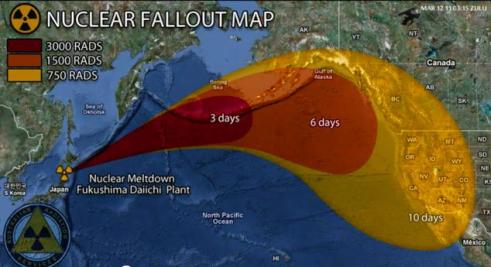 Assuming this human capital channel is very large/important, then the following argument should apply: The more plants we build now the more students will become nuclear engineers, the lower the probability of a nuclear disaster and the higher again the optimal amount of nuclear energy. This feedback loop leads eventually to a very large amount of nuclear energy. Or, the other equilibrium will be that fewer plants are expected to be build, leading to fewer nuclear engineers and a higher probability of disasters and potentially a zero optimal amount of nuclear energy in the future. Thus, two equilibria are possible in this scenario, one with and one without nuclear power.
This could make a nice research question indeed. Anyone interested in joining in? 😀

However, I have to say that it is a strong assumption that fewer nuclear engineers implies a higher probability of disasters in the future. That should only happen if a) knowledge is lost or b) other engineers cannot quickly learn the existing knowledge needed for a nuclear plant. Since I am not an engineer, I don’t know how large the synergies or overlaps are with other fields.

Finally, one way to break the vicious circle that leads to an optimal amount of zero nuclear energy is if the governments invest in (nuclear) human capital. Thus, if a potential nuclear engineer student knows that he will be paid (or get a job) by the government whether a plant will be built or not, then this should give enough incentive to keep that kind of (nuclear) human capital intact.